Home » What You See Is Not Really What You Get

Many people consider leadership to be something as something to be demonstrated to people. What we do not see is the personal effect it has on a person. Before the business kicked in, I tended to be relatively disorganised. One can debate on what organised or chaotic is. As individualistic as it may seem, everything learned through leadership has an interconnectedness. Let me relate an episode to drive this point across.

A place to sleep may be as simple as a bed and some personal belongings lying around. It may or may not symbolise the kind of person you would like to be. Stereotyping someone over how their room looks like is equivalent to determining how healthy a person is, purely based on the quantity of food and drink they consume. Someone will perceive you as tidy or messy solely based on their values towards tidiness.

While keeping a cleanroom has always been on my mind for the longest time, inertia kicked in and steered my boat in the wrong direction. Every time I attempted to tug the strings to set the sail right, the winds surrounding my comfort zone would breeze right through.

After months of understanding that personal development is very much a particular thing and not just something tied to a business, I finally broke the tidiness cherry. Every item that I intended to dispose of held many strong memories, good, bad and ugly. It dawned on me that attachment to anything was the reason why I held back on cleaning my room. Once I understood that emotions were playing an integral part of my external outlook, disintegrating became reasonably easy. Soon I had bags and bags of unwanted items, ready to be sent to another dimension.

The aftermath became a subject of study, not just to myself, to those around me. Curiosity piqued as to why I went through a sudden change. It was far from unexpected. It was months of procrastination that bloomed into a one-time adventure. Taking a cue from a business partner, now a friend, I redesigned, albeit not an interior design style, the layout of my room to better suit who I was going to become. It was liberating (not to my mum though) to dump away stuff that seemed very important at first but otherwise had no significance other than stored memories.

Fast forward to where I am at right now; housekeeping is not a one-hit-wonder. Multiple record-breaking awards await the one who is ready to take the plunge into the messy abyss of one’s mind, often reflected as your room. Be warned though; cleaning up can be addictive. To be clear, Marie Kondo had nothing to do with what I had done. I do not need someone to tell me how and how not to clean my room. Cleaning up after oneself is personal, and that is how leadership is to me as well. 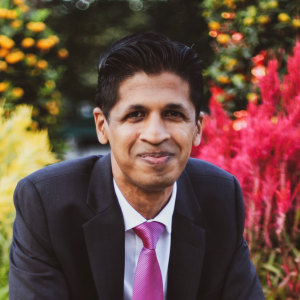