Home » The Power of a Master Mind Alliance

The Power of a Master Mind Alliance

The year was 2005. It was to be a defining year—or not—for us members of my secondary school’s Chinese orchestra (CO). The two-tiered assessment system of the Singapore Youth Festival (SYF) Central Judging (now the SYF Arts Presentation) had just been restructured to a simpler single-tiered system. This saw the addition of a new award, Gold (with Honours), that replaced a second round of competition to determine the top spot for each performing arts category, on top of the existing Gold, Silver, and Bronze accolade structure. Though my school is highly regarded in Singapore, its most distinguished achievements in co-curricular activities (CCAs) have largely been confined to the realm of sports, with our success in the performing arts mostly lacklustre relative to the school’s reputation. Within the CO scene, we were traditionally far behind our affiliated sister school and another school that has been recognised as the best secondary school CO at the biennial Central Judging since the 1980s. Yet we were determined to prove our worth at this SYF and become (among) the first to clinch the new paramount honour.

As a Secondary 3 student playing the erhu (a bowed string instrument often dubbed the ‘Chinese violin’), I looked to my Sec 4 seniors who were in their final year for directions. They were an exceptional batch of seniors not only for their high level of attainment in musical skills on average, but also in terms of their abilities to lead the respective sections/instruments and inspire everyone to work towards a common goal. I was touched by the dedication of our chairman and vice-chairman, who both happened to have key individual segments within our choice piece, in tirelessly pursuing excellence in their own performance whilst simultaneously fulfilling their leadership responsibilities to the whole orchestra. In particular, I was struck by the passion with which our student conductor carried in leading orchestral rehearsals outside of the formal time with our professional conductor, and in going the extra mile to supervise the sectional rehearsals of sections other than his own (he was from my section). Within strings, my sectional leader (cum concertmaster) was a stoic and quiet individual who organised and led practices in his own unassuming manner. Last but not least, the staunchness of our conductor and the patience which with he showed us in repeatedly reviewing problematic passages was key in our gradual progression in the months before SYF. Notwithstanding our differences, everyone at all levels throughout the orchestra was united in the only pursuit that mattered to us in common — Gold with Honours.

At an age where school and CCA represent the world to an unadulterated heart, and at a time where these dual forces compete with each other for limited resources on the individual’s part, the stress of managing both commitments concurrently is bound to take a toll on the student in the midst of competition season. Yet as opposed to the common practice across schools of increasing rehearsals to four, five or even six time a week as SYF approaches, we decided to maintain the number of CCA days this time round, in spite of the high-stakes nature of the affair. The reason was simple: we had reached a point of near perfection in our collective efforts that there was just no need to strain ourselves further. As arrogant as this might sound, our common objective had somehow stimulated each of us to a higher degree of courage than is ordinary, and paved the way for sustained faith in the combined strength of our orchestra. It was only years later while studying Napoleon Hill’s Science of Success that I learnt that this constitutes a state of perfect harmony, in which a complete meeting of minds without reservation on the part of any member takes place.

In the last week before SYF, there was a quiet air of excitement reverberating around our music practice hall. There was no guarantee that we were good enough—or would perform well enough on stage—to clinch the award, yet there was a feeling of certainty that it was well within our reach. We just had to present our pieces in the way we usually did during the last few rehearsals without committing any major error.

On that fateful afternoon of 21 April 2005, we arrived at the Singapore Conference Hall, home of the Singapore Chinese Orchestra, ready and eager to give our all to this day we have been working towards for almost a year. Despite the overall confidence we had, there was still a single offbeat sequence that had not been nailed down all this while and was only fixed that morning. Additionally, a flu bug which resulted in uncontrollable coughing had been going around in school since the previous week and many of us in the orchestra, including myself, had succumbed to it. These issues threatened to thwart our performance and contributed to the already omnipresent pressure that naturally arises in the face of highly consequential events. Instead of being overly filled with anxiety, however, we were tingling with excitement at the challenge that lay in front of us. Indeed, the lines between these two ‘arousal congruent’ emotions appear blurred then, to the extent that it seemed impossible to tell apart one from the other.

After some waiting at the holding area that felt like an eternity, we were called into a large room backstage where we had our final dress rehearsal before going onstage. There, we performed the most beautiful rendition of the two pieces that we would ever present as the school’s SYF 2005 CO team. I clearly remember the looks of genuine approval on the faces of our instructors and teachers-in-charge who accompanied us all the way to the room. We were ready for show time.

As we strutted out onto the stage into the dazzling lights and concert hall packed full of students from other COs that had already performed before us, I felt an itch in my throat starting to build up and immediately suppressed the impending cough. No way was my body going to stop us from achieving our definite goal. Following the directions of our conductor, we started playing the set piece followed by our choice piece. I held my breath as we reached the tricky offbeat sequence in the latter. Bravo! Our dizi (Chinese flute) player did not disappoint. As we progressed along, I noticed some minor imperfections in the notes from a few instruments and resisted the urge of wondering if the judges heard them. This was no occasion to lose concentration. I refocused on my own playing until the concluding passage of the choice piece. Finally, we ended it off with a tremolo that echoed throughout the hall long after the final note has been played. After the applause, I walked down the stage coughing profusely, releasing the physiological discomfort that had been relegated to the recesses of my mind. Though we did not perform as well as in the rehearsal room just moments ago, the deed was at long last done.

Yet the competition was far from over. Fortunately, we did not had to wait for long before the results got announced as we were one of the last to perform that day. Nonetheless, it was an excruciating wait hearing the announcer reveal the awards given to each CO in order of appearance. Furthermore, our sister school’s CO had already been proclaimed the first recipient of the Gold with Honours accolade a day earlier. Would the judges give out more than one such award? We were not sure. However, when the announcer called out the name of our school and the three words that each of us had been repeating in our minds so fervently, we knew the results were definitive. Alongside two competitors, we had clinched the inaugural Gold with Honours award, and in doing so, became the top three secondary school COs in Singapore — an achievement that will go down in our orchestra’s less-than-remarkable history to date.

While some may snort at the above story as a juvenile account of an inconsequential high school endeavour, unworthy of high praise in the real ‘adult’ world, this experience has taught me far beyond what the award itself represents. I understood that great success can only be realised in cooperation with others who have a common goal in mind and are united in joint action towards that very end. Napoleon Hill termed such a co-operative the Master Mind Alliance (MMA), defined as “an affiliation of two or more minds working in perfect harmony for the attainment of a common definite objective”. According to this principle, because no one mind is complete by itself, one can appropriate the knowledge and intelligence of others as completely as if they were one’s own, simply by establishing a mutually beneficial association with people of the same interests at heart. In my case, none of us in the orchestra has the abilities to play all the instruments and do so at the same time. It therefore requires everyone to work in unison such that each can benefit from the expertise of the rest in producing harmonious music together. Additionally, being part of an MMA striving as one can stimulate each mind to move with greater enthusiasm and personal initiative. This is an applied result of the classic maxim, “One plus one is greater than two”. It was only when all of us bought into the same, consistent definite major purpose that we acted with gusto and conviction, unleashing the “genius, power and magic” that William Hutchison Murray described in his famous quote.

Although single accomplishments like winning a competition do not define who we are, be it on an individual basis or at an organisational level, I believe that one has to always better oneself in pursuit of a worthy goal for life to be continually meaningful. However, great undertakings can only be achieved by establishing or aligning oneself with a team of like-minded people. Seek out such an MMA today if you wish to get more out of life than you already have. I am thankful that I did. 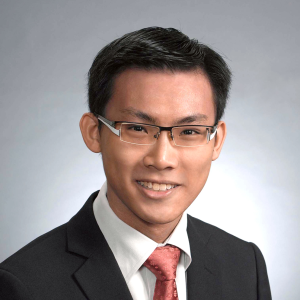