Home » Success is a Journey, Not a Destination!

Success is a Journey, Not a Destination!

In 1962, four nervous young musicians played in their first record audition for the executives of the Decca Recording Company. The executives were not impressed. While turning down this group of musicians, one of the executives said, “We don’t like their sound. Groups of guitars are on the way out.” The group was called The Beatles.

In 1944, Emmeline Snively, director of the Blue Book Modeling Agency, told Norma Jean Baker, “You’d better learn secretarial work or else get married.” She went on and became Marilyn Monroe.

In 1954, Jimmy Denny, manager of the Grand Ole Opry, fired a singer after one performance. He told him, “You ain’t goin’ nowhere… son. You ought to go back to drivin’ a truck.” He went on to become the most popular singer in America named Elvis Presley.

When Alexander Graham Bell invented the telephone in 1876, it did not ring off the hook with calls from potential backers. After making a demonstration call, President Rutherford Hayes said, “That’s an amazing invention, but who would ever want to use one of them?”

In the 1940s, another young inventor named Chester Carlson took his idea to 20 corporations, including some of the biggest in the country. They all turned him down. In 1947—after seven long years of rejections!—He finally got a tiny company in Rochester, New York, the Haloid Company, to purchase the rights to his invention an electrostatic paper-copying process. Haloid became the Xerox Corporation we know today.

Wilma Rudolph was the 20th of 22 children. She was born prematurely and her survival was doubtful. When she was 4 years old, she contacted double pneumonia and scarlet fever, which left her with a paralysed left leg. At age 9, she removed the metal leg brace she had been dependent on and began to walk without it. By 13 she had developed rhythmic walk, which doctors said was a miracle. That same year she decided to become a runner. She entered a race and came in last. For the next few years every race she entered, she came in last. Everyone told her to quit, but she kept on running. One day she actually won a race. And then another. From then on, she won every race she entered. Eventually this little girl, who was told she would never walk again, went on to win three Olympic gold medals.

The moral of the stories above:

Helen Keller says, “Character cannot be developed in ease and quiet. Only through experiences of trial and suffering can the soul be strengthened, vision cleared, ambition inspired and success achieved.” Eleanor Roosevelt states, “You gain strength, experience and confidence through every experience where you really stop to look fear in the face. You must do the things you cannot do.” Remember that the finest steel gets sent through the hottest furnace. A winner is not one who never fails, but one who never quits. We all pass through life only once, so let us live it to the fullest and give our extreme best. A miracle is not the suspension of natural law, but the operation of a higher law. Have a blissful life!

Source: A 2nd Helping of Chicken Soup for the Soul: More Stories to Open the Heart by Jack Canfield & Mark Victor Hansen
(https://www.chickensoup.com/book-story/35210/consider-this2) 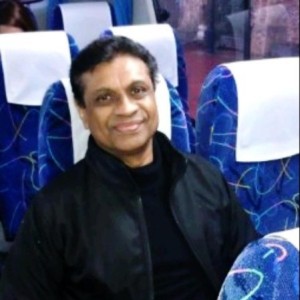