Home » Being Grateful As A Way Of Life

Being grateful comes from being able to see both sides of a situation and understand that everything is on the way and not in the way. In every crisis, there is always a blessing. This incident happened to me more than three years ago…

It was late at night and I was not feeling well. I told my mum that I was going to bed early as I had vomited in the bathroom a couple of times.

According to her, I woke up in the middle of the night with a very bad headache saying that I could not take it anymore and telling her to call the ambulance and get my medical records from the drawer.

While in the ambulance, she heard the paramedic exclaim, “Why won’t his blood pressure go down?” The reading was above 220/180. My condition was critical.

When I arrived at the hospital, the medical doctors were already dressed in surgical gown, ready to operate on me. However, my mum hesitated as she was afraid that the surgery would cause my head to be deformed. She consulted my uncle for advice, who told her, “Edmund is your son, not mine. I cannot decide for you.”

Thankfully, my brother got there in time and made the call to go ahead with the operation. Otherwise, I may have turned into a ‘vegetable’ because the bleeding in my brain just would not stop.

The operation was successful but left me in a coma for two weeks. When I woke up, I could not remember anything and wondered where I was. It was my mum who told me that I had spent the past fortnight in a hospital. Unbeknownst to me, many people had come to visit me during this time when I was in the Intensive Care Unit.

I was lost at that moment. Being chained to the bed and unable to move freely exacerbated my disorientation. It was depressing that I could not go to the bathroom on my own and was dependent on four nurses for physical support. Furthermore, I lost all my online income as the web hosting service for my websites did not get renewed when I was unconscious. I felt utterly miserable as it seemed like I had lost everything in life.

Thankfully, I had wonderful friends and my mum who visited me on a regular basis to check on my recovery. I want to thank Gim Thia for visiting me almost every day and my mum for visiting me twice a day despite her busy work schedule. It was tough on her to rush to the hospital before and after work to ensure that I was fine and ready to go to bed at night.

The most memorable of all was the get-well card from my close friends. Touched by their words of encouragement, I cried after reading it. Indeed, it was their heartfelt messages that kept me going during this difficult time. What’s more, after the passing of my dad a year before, I had given my word to my mum that I will retire her financially. I knew there were people who cared about me whom I could not let down.

After taking a couple of days to accept my situation, I started reflecting on what I should do with life. This period of focused contemplation got me clear about my purpose and motivated me to do something more with the new lease of life I have been endowed with.

In retrospect, I am thankful for all that has happened to me thus far. My experiences have shaped me to be who I am today, with greater empathy for people and clarity about where I intend to go in the next five to ten years. I have learnt to be grateful for the simple things that are often overlooked, such as the flowers, trees, birds and the fact that I am still alive. Sometimes, one has to lose certain things in order to appreciate what one has. For instance, I had taken the ability to walk for granted until I lost and regained it.

Counting my blessings and being thankful for whatever that happens is something that I will practice daily as I move on to another phase of my life. 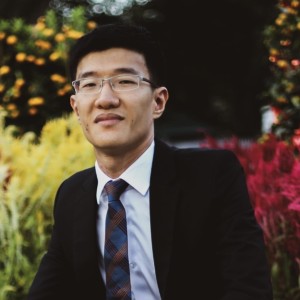 Timeless Wisdom From A Financial Guru